15 Years ago today - What a memory

The greatest sporting moment in my lifetime and how I remember it. My dad made me watch it at home. I didn't want too but I am so glad I did.

Australia & England - Deadlocked at 17-17 with 26 seconds remaining of extra time.

The rain  like an English Autumn downpour, adding to the occasion.

Phase after phase, tackle after tackle, spectators nails bitten down and emotions frayed well, I know mine were.

Mike Catt into the fray.....suddenly space and loads of it..... pocket opens but, no not this time.

Again to the floor they went, a white tidal wave recycling the ball. Dawson silent, Catt waiting and two men stood in the pocket again. You could see it happening.

Twice the Aussies had leveled to deny us the victory in the last minute of normal time & three minutes before this last 26 seconds. Wilko had missed surely the winning drop goal two minutes earlier & had the bottle to do it again....he couldn't could it he?

All I remember of that moment; 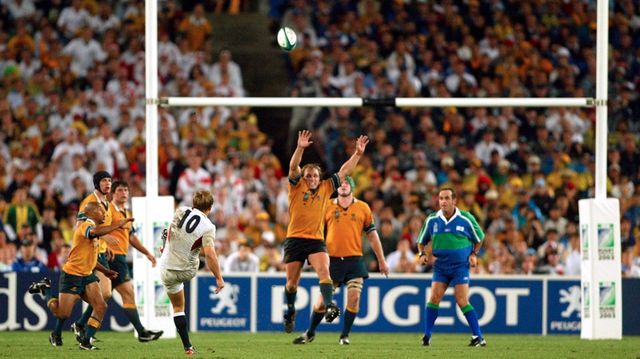 Will 2020 put an end to the trouble in Toyland?

How do you know when it's time to quit your job?

Brexit (This is not political)

Is Retail really screwed? Or is it just changing?