Is the Toy Market Struggling..Or is it in a time of change?

There's a lot of negative press around the Toys & Games market at the moment - with sales down 7% year on year and big high street retailers such as Toys R Us disappearing - I can understand why!

However... is the market really the horror show that it's being painted out to be in the media? Well, not from what I saw at The Toy Fair in Kensington yesterday.

We all know the market is very 'Fashion & Trend' led and 2019 provides lots of excitement with many new films coming out - Toy Story 4, Dumbo, Frozen, Star Wars and The Lion King to name just a few. It seems like many toy companies have jumped on these licenses which hopefully will provide some comfort after a relatively quiet year for family movies in 2018!

On top of this, it seems that suppliers are broadening their horizons in terms of the sectors they're working in - with kids not playing with toys as much as they used to, there's been more of a focus on new online trends and collectibles. Things need to change and from what I saw this week at The Toy Fair, suppliers are cottoning on to this. A great example is Ryan's World!

Ryan is an 11 year old YouTube sensation who has racked up an astonishing 8 billion views reviewing toys - last year he made nearly $22m US Dollars doing this alongside releasing his new premium toy range. Suppliers are now starting to pick up on these new trends far quicker, which will only benefit them and the market in the long term.

The last thing is there's some HUGE birthdays in the Toy Market this year. Barbie is 60, Batman is 80, The Really Hungry Caterpillar is 50 among many others - this will not only create a buzz in the sector but will open the door to new product launches and fantastic marketing.

So, if you think it is all doom and gloom in the Toy Sector then you are well and truly mistaken! It may be tough out there but things are changing - keep a close eye on a very exciting sector in 2019!

The UK toy market's year went from bad to worse in 2018, figures show, despite parents continuing to spend hundreds of pounds on gifts for their children. Sales had dipped by 5% before the vital Christmas period and ended the year 7% down on 2017, analysts NPD said. The year started with the collapse of Toys R Us, which had accounted for 10% of sales, and ended with Brexit uncertainty. 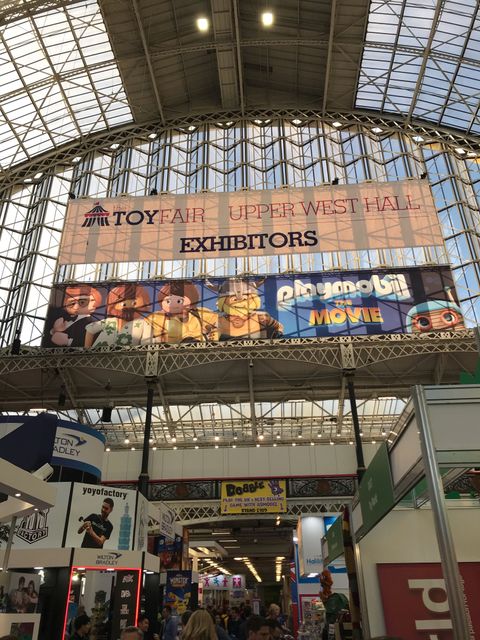 Fantastic news from the 2019 London Toy Fair! The Hogwarts Express Train Set (R1234) has been crowned the overall winner of the Editor’s Choice Awards. Voted for by the media attending the event, the Hogwarts Set came out ahead of thousands of other toys: https://t.co/DoUrShP4lw pic.twitter.com/9eGUZDSpOV

It's bean a long time coming...

Does the early bird really catch the worm?