Mobility is the sexy new buzz word in the automotive industry, but don't worry this isn't another post about trends, data, or new and up and coming ideas that you can't use yet. This is about something you can use right now!

When you're out and about in London, most of us would rather get an Uber or a black cab than enter the public transport battlefield. But taxis are more expensive and public transport is cheap, so what's the answer to stop us spending our hard-earned cash?

ViaVan is a shared "taxi" ride, much like an Uber pool, but cheaper! It's like a bus, but it arrives when you want it to, you always get a seat and it's around 20% cheaper than an Uber. I haven't tried it yet but I've downloaded the app and I'm ready to go the next time I'm in London. Watch this space for my review!

The article below also talks about where ViaVan have come from and the fantastic journey Jessica Oppetit has been on since joining the business, and how they got to where they are today.

I highly recommend giving this a read!

ViaVan – born out of a merger between Via in the US and Mercedes-Benz Vans in Europe – promotes car-sharing (or “pooling”). “It turns out Londoners are pretty happy sharing,” Oppetit says, “especially if it keeps the price down.” And it’s corner-to-corner rather than door-to-door. “You might have to walk a couple of blocks and they drop you off a block or two away,” but it saves on car journeys and cuts congestion. And the ideal model is a hybrid car or all-electric. Oppetit is even in favour of more cycling in the capital too. She sees bikes and Via as part of the same general eco-friendly tendency. ViaVan is now in four cities in Europe, including Milton Keynes. I used the app and took one of their rides to Euston. I had to wait less than two minutes. 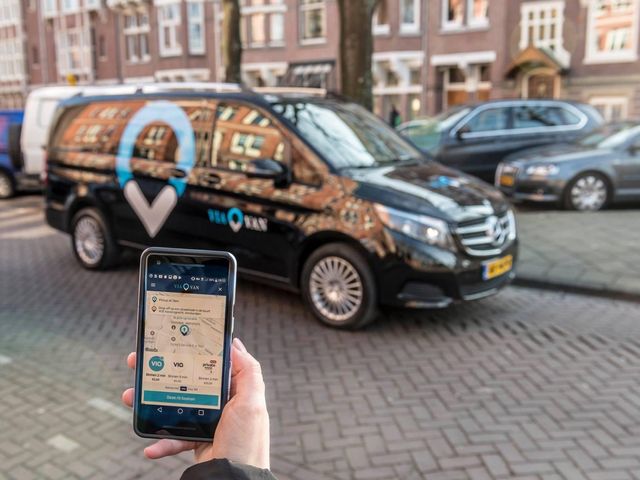 Have you head of the ride sharing service in London @viavan_lon ?
You can book rides sharing with others saving money and reduce emissions.
You can also book private rides.
Use my code lisa6x6y to get £12 credit https://t.co/QqUzPrLVMv #ride #cab #London pic.twitter.com/AwLlHRNznN

#FLASHBACK ViaVan, the joint venture between Via and #Mercedes-Benz Vans, has announced the launch of its van-pooling service with BVG, the #Berlin public transit authority. https://t.co/kUjrcMNS7C

Would you run 52 miles for your Xmas dinner?