Driving under the influence of hay fever tablets!

Did you know that hay fever affects an estimated 13 million people across the UK? That’s approximately 1 in 5 people.

I set you a challenge to look across your offices the next time ‘Good Morning Britain’ announce high pollen count. I did it this morning and the poor sufferers were obvious to me from the moment they walked in the office, mainly due to other colleagues showing sympathy in the form of…. (tilted head, "oh have you a got a cold?") The answer being no, but sometimes it’s hard to determine the difference, itchy red eyes, streaming noses and coughing! I feel sorry for the poor sods.

Many will immediately turn to medication as a slight resolve, but aside from curing their ailments, these medicines can also affect vision, hearing and reaction time and could land you with a criminal record if you’re involved in an accident!

With one in seven (15%) drivers admitting to drug-driving, the majority were taking prescription medication rather than illegal drugs.

I’m sure this information is not new to you? But you’d be surprised how uneducated some people are about these laws. I’ve put together some simple facts to get you a little more in the know-

What is taking me down and when?

So right now, grass pollen is your enemy!

Can I take medication for it and drive?

There isn’t really a simple answer for this but ultimately, you need to use your initiative.

It’s illegal in England and Wales to drive with legal drugs in your body if ‘it impairs your driving’.

The police can stop you and make you do a ‘field impairment assessment’ if they think you’re on drugs whether legal or illegal. This is a series of tests, eg. asking you to walk in a straight line.

What can I try?

Firstly, I would recommend non-drowsy Antihistamines or, you can always try some good old homemade remedies

Steaming produces excellent results to break up congestion. Add a few drops of eucalyptus oil to a bowl of hot water and carefully inhale the steam.

Grapefruit and lemon boiled in one cup of water for 15 minutes make an excellent home remedy for Hay fever (use only the fruit, not the rind). Cool and mix with raw honey to relieve symptoms.

What will happen if I am foolish with my actions?

If you’re convicted of drug driving in the most extreme cases you could get:

Your driving licence will also show you’ve been convicted for drug driving. This will last for 11 years.

Motto of the story, watch out for that hay fever and be careful driving!

One in 25 drivers with hayfever admit to having an accident as a result of driving after taking medication to fight their allergies, according to a new report. The research by Confused.com found that 7% said their driving had been imparied while under the effect of medication. 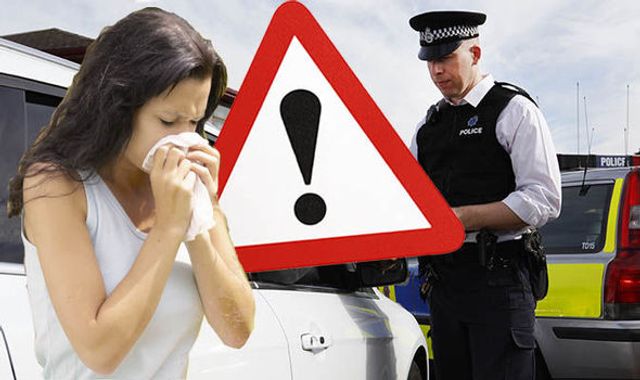 As we hit hayfever season, could your medication be putting your driving safety at risk? https://t.co/Pz63T41Mdv

Drivers admit to having accidents after taking #hayfever medication:https://t.co/hwc7hbpxCj pic.twitter.com/Z5KMuN8204

If you suffer from hayfever, be careful when driving after taking antihistamines; https://t.co/d8dzDWkLpa #driversafety #besafe #beaware

One in 25 drivers with hayfever admit to having an accident as a result of driving after taking medication to figh… https://t.co/5cSXeelUdT

“I think we got ourselves a convoy"

Don't understand it, so should you vote??

‘Appropriate questions the recruiter should ask. Not ever… "Will you get pregnant and leave?"