This week saw Uber Technologies and Hyundai Motor Company announce their partnership for the launch of fully electric Air Taxis at the CES Show Las Vegas.

Uber stated that they would start accepting bookings for aerial flights by 2023 in major cities around the world. They already operate Uber Helicopters in New York which would be a natural progression from fuelled transport to EV with little infrastructure change needed.

The piece I find most interesting is the partnership with Hyundai. Uber is also working with a number of other manufacturers within the aerospace sector, including NASA. However Uber sees Hyundai as the business of mass production. This would not be the case in the aerospace market. The quicker the product is made and off the production line, the lower the costs would be to run them, charge for their use and also (and most importantly) lower the cost to manufacture them and make them financially viable.

The vehicles will initially be manned. Hyundai have stated that their Flying Taxis will have the capacity to become autonomous but did not mention when this would be rolled out.

In my opinion this will be the future for coastal cities, cities with large water ways/rivers running through them to allow for flight paths and safety regulations to be in place with flights over certain buildings and populated areas being more problematic.

Uber will have a fight on their hands as German based start ups Lilium and Volcopter have already trialed and flown their own products and are set to start flights in cities in the coming months.

Who will be the first to own the skies in the world of MAAS! Time will tell. 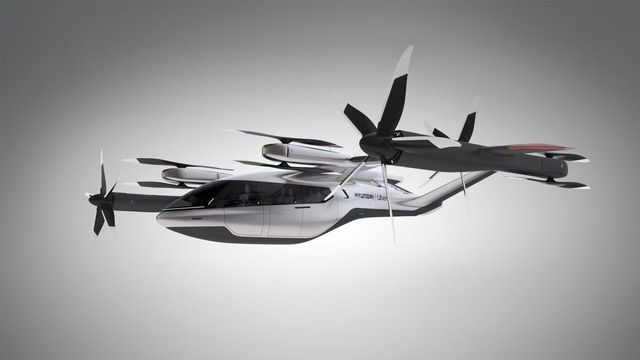 Uber and Hyundai are officially getting into flying cars.

Uber says it will conduct the first public demonstration of a flying car this year and allow customers to book aerial rides by 2023 #CES https://t.co/Mpkdn6JprG pic.twitter.com/lgGb8CrpFj

CES 2020 — Uber Technologies Inc. is working on a flying car with Hyundai Motor Co., the first automaker to buy into Uber’s dream for a network of air taxis dotting the skies of major cities. #CES2020 \\ Bloomberg \\ https://t.co/6hmwTaMsnW

"Uber Technologies Inc. is working on a flying car with Hyundai Motor Co., the first automaker to buy into Uber’s dream for a network of air taxis dotting the skies of major cities." https://t.co/ZvH2pWtafL

Excited to announce our @Uber Elevate partnership with @Hyundai_Global to accelerate the future of aerial ridesharing, a big step in bringing automotive scale manufacturing to the aerospace industry.https://t.co/FgLDHjZFj7 https://t.co/FChKXbeHyt

Merrily on your way!

Genius or a kick in the automotive genitals?

The EV League: Who's on top?

The Amazon EV fleet is out for delivery. Well nearly.